You are here: Home › Blog › Editing a portrait using Photoshop Elements and Actions
By Jane Burkinshaw+ on April 8, 2015 in 2. Intermediate, Editing, Portrait 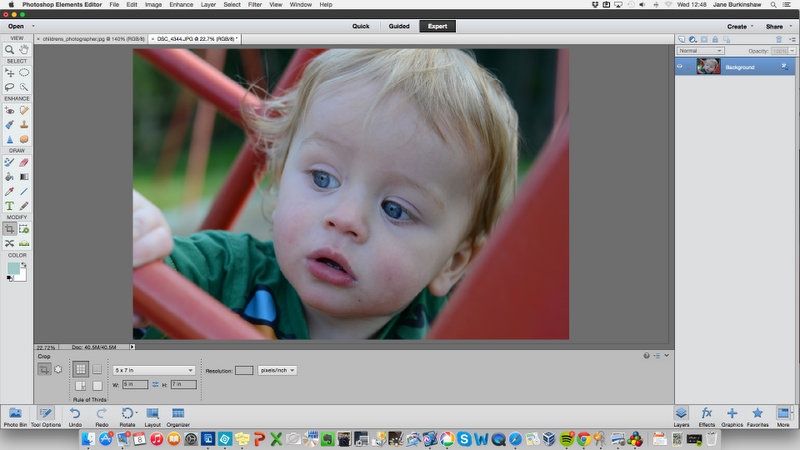 One of the attendees on a Let’s Shoot The Kids course sent me this lovely candid shot of her son and I offered to do an edit on it for her. I’ve followed my usual workflow apart from the fact that I would start with a RAW file and do tweaks to the colour balance and exposure in Camera Raw. This image is a little cool and slightly underexposed. 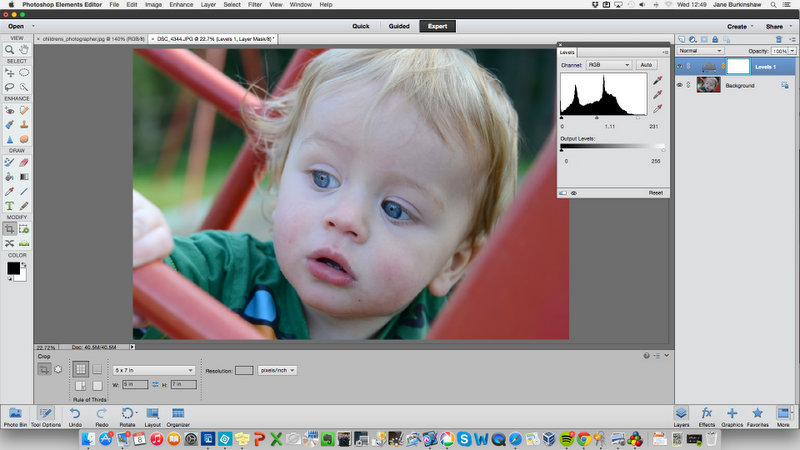 As I hadn’t got a RAW file I corrected the exposure by creating a Levels layer and brightening the highlights and mid tones. I’ve only tweaked it slightly as I know that the Photoshop Action I will apply later will brighten it a lot more. It will also address the slight coolness. 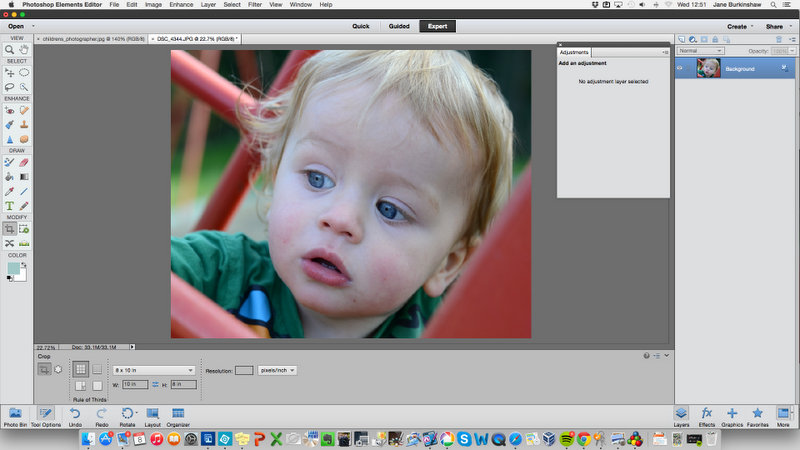 Next I cropped the image to remove some of the red climbing frame on the right. First I tried a 5X7 crop and then a 8X10. I decided I liked the latter as his hand was a slight distraction. 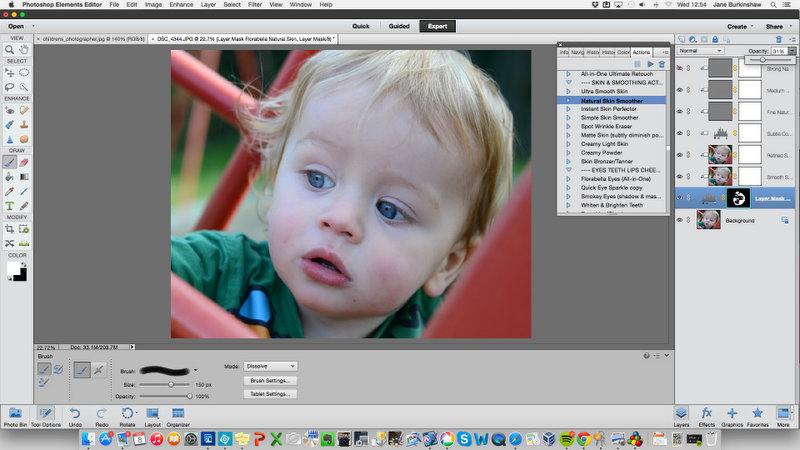 Next I used my first Action from the Florabella Retouch and Makeover set. I used the Natural Skin Smoother and reduced the opacity to make it look more natural. 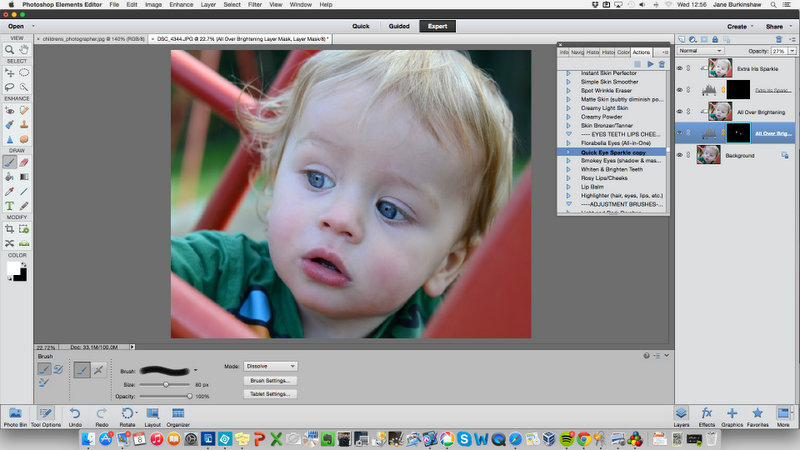 I then removed some of the little spots of dirt using the Spot Healing Tool and used another action from the same set as before – this time Quick Eye Sparkle – again reducing the opacity. These are very subtle changes, probably hard for you to spot, but they make a difference to the final image without being obvious. 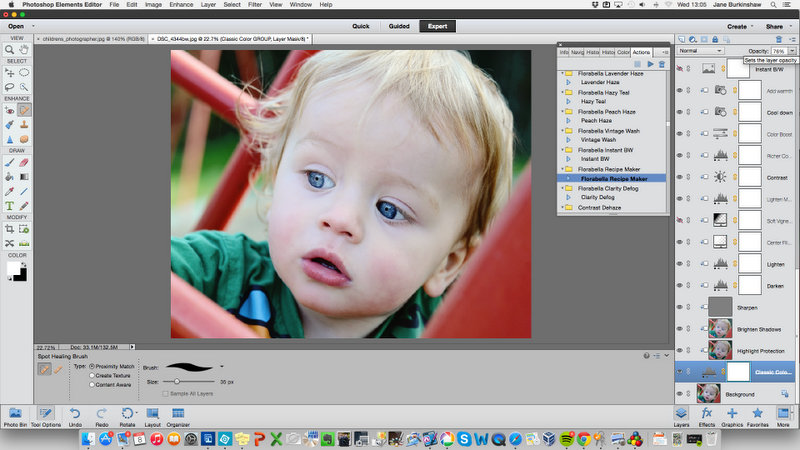 I then ran my final action – this time from the Florabella Classic Workflow set. I used an action called Recipe Maker which allows you to switch on and off different effects, as well as reduce their opacity. The image has brightened and become warmer, with more contrast. 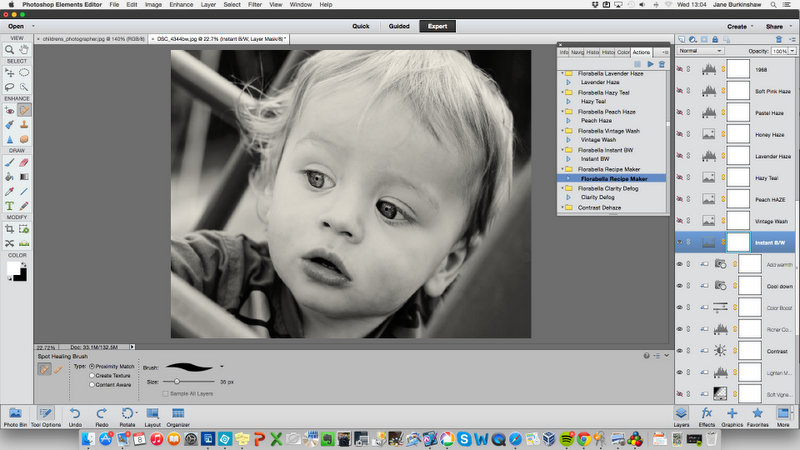 Using the same set of actions I then ran the Instant Black & White action. It was lacking contrast a little so I ran Auto Contrast and liked the look of it. Personally I prefer the colour version as it’s so vibrant and his eyes are such a lovely shade of blue.

I hope this has made sense or at least given you an idea of what Photoshop Elements and Actions can do.

Here are the Before and Afters to compare. 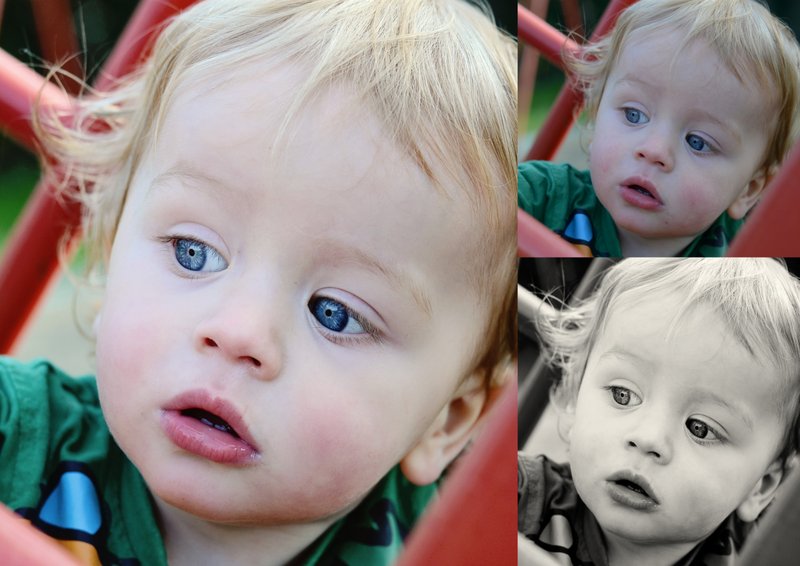 I am running An Introduction to Photoshop Elements on the dates below. If you are interested in attending please book via the website.

Makers Market Knutsford
One to One Photography Lessons with Marie