You are here: Home › Blog › Slipping through my fingers
By Jane Burkinshaw+ on May 7, 2014 in 4. All Levels, Children, Portrait 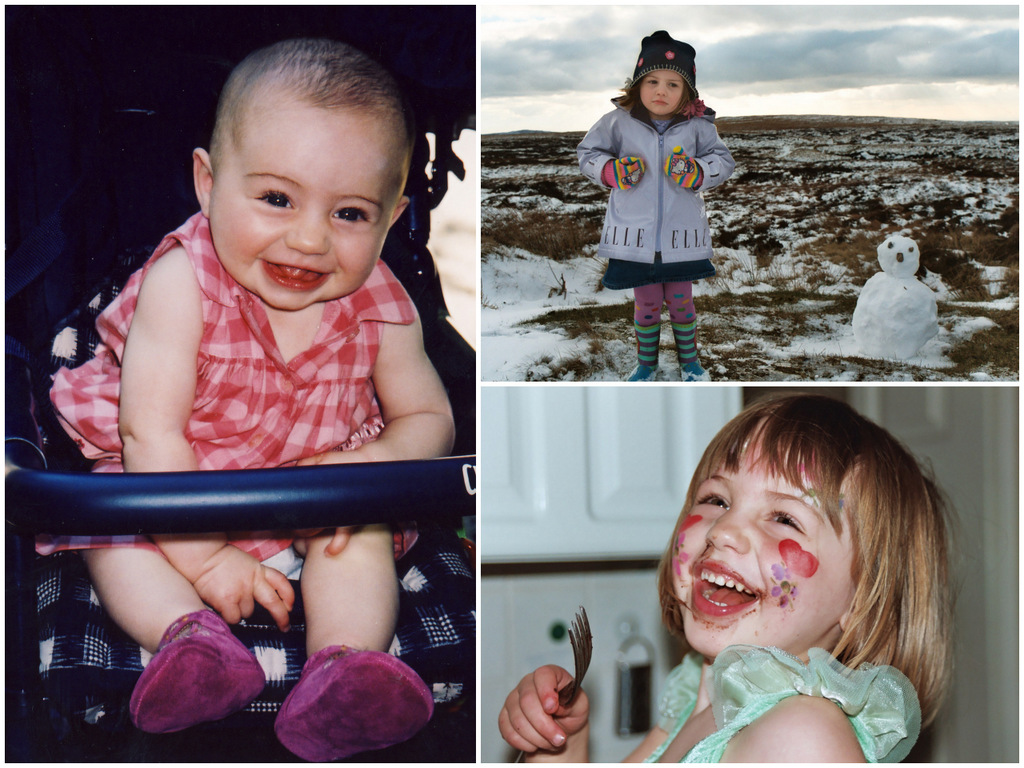 Schoolbag in hand
She leaves home in the early morning
Waving goodbye
With an absent-minded smile
I watch her go
With a surge of that well-known sadness
And I have to sit down for a while
The feeling that I’m losing her forever
And without really entering her world
I’m glad whenever I can share her laughter
That funny little girl
Slipping through my fingers all the time
I try to capture every minute
The feeling in it
Slipping through my fingers all the time
Do I really see what’s in her mind
Each time I think I’m close to knowing
She keeps on growing
Slipping through my fingers all the time
(Lyrics by Siobhan McCarthy & featured in Mamma Mia).
I don’t always know exactly where my daughter is sometimes and I don’t like it one bit! She has been glued to my side (or her daddy’s) or in the care of someone we’ve handed her over to ever since birth. How am I supposed to let her go her own way without worrying myself into a nervous breakdown?To put this into perspective (I’m just clinging onto some) she is 10 years old and has started to call on friends and meet them in the local park. I know I can’t stop her going and although I can warn her about stranger danger I can’t terrify her with stories of kidnappings and worse. She came home half an hour late today – it wasn’t really her fault, she ended up going to pick up her friend’s brother with their mum. And I can’t go ballistic at the mother who is much more laid back than me as she’s been through it once already. I limited myself to two text messages and five bitten nails – I’m saving the other hand for tomorrow when she’ll no doubt want to exercise her new right to freedom again.But this isn’t a blog about how to let your children go out on their own without worrying yourself sick (I have an inkling that will only happen when senility kicks in). It’s more of a realisation that this time is so precious and so much of it has already slipped by so quickly.

I didn’t find motherhood easy and I think I have only recently become completely comfortable in my role as mummy. I had postnatal depression and spent the first five months on a rollercoaster of emotion – “yay I’m a mother and my daughter is absolutely gorgeous”! Then five minutes later “oh my god what the hell have done, what was I thinking of?! I’m rubbish at this, everyone else is coping so well, they have lots of other mummy friends, I’m the only one on my own all the time”. It all happened again when I had my son 2 years later and redundancy and stress related problems didn’t help me settle into motherhood either.I think the fact that I never knew my own mum (she died when I was a few weeks old) also had an impact. Lacking a role model must have had an impact on how I would adapt. I think I’ve done an OK job in the end, I’m never sure if I’m being fair, over-indulgent, too strict, too much in love with every hair, mole, smell, expression – but I don’t think that makes me any different to any other mum. I have a feeling I seek approval more than I should and can’t believe that she loves me and looks up to me as much as she does. It amazes me that she wants to copy how I apply my make up, do my hair – I’m not a girlie girl and did not do this with anyone when I was young. Through her I think I have come very late into girliness and am so enjoying going through this stage with her. I’m making the most of it as it will be shortlived – she already tells me when I look naff and, when I let her, she applies make up much more adeptly than I ever did.
And did I mention that she is hilarious and a great mimic? When she’s in her comfort zone she has attitude in spades and will hold us all rapt with her performances. I can’t understand why her teacher describes her as “quiet” – are you sure you have the right child?I feel as if we are in a magical time at the moment – her  inbetween girlhood and adulthood and me finally completely content with being (1) mum and (2) photographer. I want to freeze this time and not let it slip through my fingers.When I went to watch Mamma Mia for the first time I had never heard the song “Slipping through my fingers” before and I absolutely sobbed during the whole scene. I still think it was more than just a chick flick weep – more of a cathartic moment when a lot of stuff hit home. I love the lyrics and feel as if they were written for me and Abbie. She, however, thinks they’re really dumb and has taken out an injunction against me playing the song at her wedding along with a slide show!
****************
I posted the above blog in 2011 when Abii was 10 (yes she now spells her name the way she wants to!). Three years later I find it even more poignant, as she’s now thirteen and that ten year old girl who was starting to try out her independence, is a fond and distant memory. She’s blossoming into a beautiful young woman (I know I’m biased) and is fiercely independent, wanting to go further and further afield without me, both literally and figuratively. Part of me hates it, but a bigger part of me is very proud and loving seeing her try new things, develop new talents and break away from my protective wing. 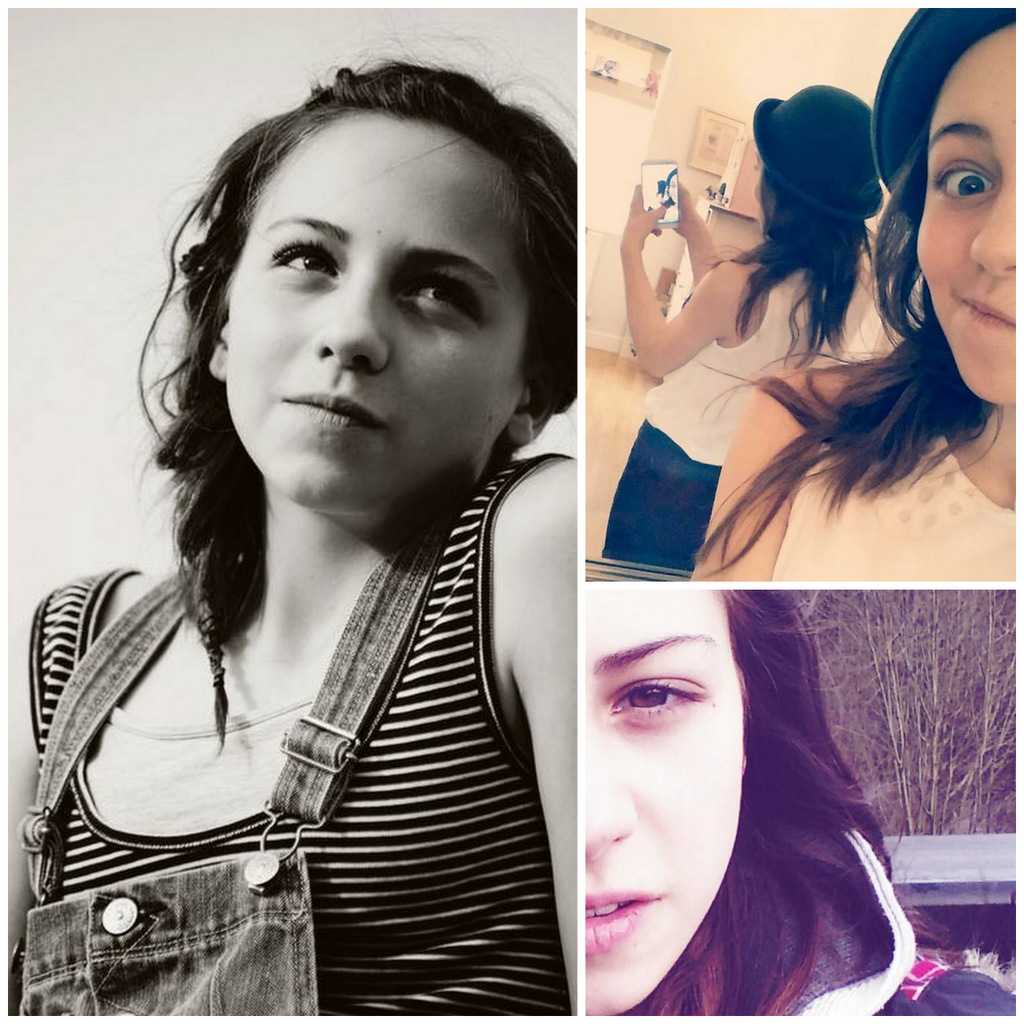 There are moments, of course, when all she wants is a hug and reassurance from me and her dad, and we look ruefully across at each other, over her head, silently communicating that these are fleeting moments these days, to be treasured and stored away in our memories.

Statues of naked ladies but no penguins at Mount Pleasant Gardens
“Photography Tuition with Love Your Lens has taken my photography to the next level”.

4 Responses to Slipping through my fingers