“You’re buying another camera?!” I’ve lost count of the times I’ve heard this recently, but this time I had a good excuse: old age. Well OK I’m not ready to retire just yet, but certain bits of me are starting to protest every time I heave my camera bag onto my shoulder or lift my Canon 5d mk II with a 24-70mm lens on it. I now take painkillers before I go on a shoot, in anticipation of the aches and pains I’ll suffer by the end of the day.

Each time I’ve upgraded my gear it’s got heavier and nowadays I’m regularly lifting 2lb of camera, lens and flashgun up to my eye and holding it there. Talk about torture! I photographed a wedding for 10 hours straight at Christmas and needed two days in bed afterwards.

Luckily for me, there’s a revolution going on in the world of technology and electronics and our day to day gadgets are getting ever smaller and ever better. I’ve been following with great interest reviews of the micro four thirds cameras, which seem to offer the creativity of D-SLR cameras (manual settings and interchangeable lenses) but in a much smaller size. I was quickly discouraged by the small sensor size (bigger than a compact camera but smaller than an entry level D-SLR). Smaller sensors mean inferior quality, especially in low light and this is a critical issue for anyone who shoots with natural light. There were also concerns about the focusing speed and I quickly dismissed these cameras for my professional work.

I feasted my eyes next on the Fujifilm XT-1, which had a big, noisy launch and looked very promising. It has the same size sensor as an entry level D-SLR (APS-C cropped 2/3 sensor), but performs very well in low light and focuses fast. It has a great range of lenses and is used by several professional photographers I follow (check out David duChemin). I have a Fujifilm X10, which I guess you’d call a prosumer compact camera and I love it, so was already loyal to the brand.

So, job done, decision made. off I went to Jessops in Manchester a few weeks ago – Jessops because they had a no deposit, 12 months interest free deal on some of their cameras. After all, I’m not made of money! A nice guy called David had already put one on one side for me, with a midrange zoom and I was ready to fill in the forms and start doing some street photography with my new XT-1.

However, my technology crazy, geek of the highest order husband had something different in mind for me. He seemed a little unimpressed with the extremely large and bright electronic viewfinder of the XT-1 with its impressive line up of lenses and went off into a huddle with a couple of other sales guys.

To cut a long and rather fraught (bordering on divorce) story short, I eventually left Jessops with a Sony A7 mirrorless camera and 28-70mm lens for £999. This was a camera I had never read up on and was totally reliant on the conviction of Nic and two very persuasive Jessops employees that it was the bees knees and would “knock spots off the XT-1”. 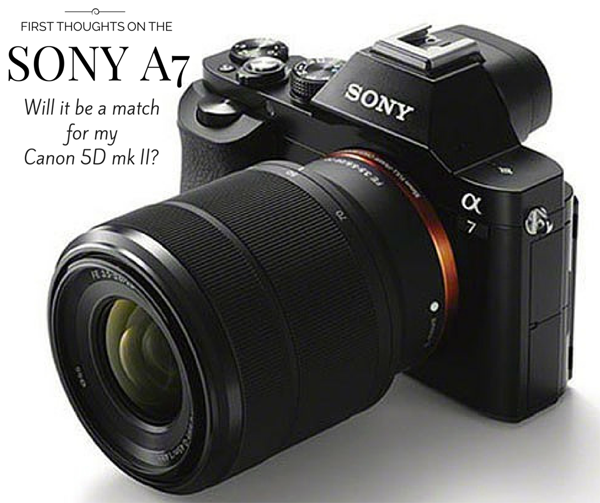 Two weeks later, I can tell you that the Sony A7 is a very very nice camera. I’ve had a few wobbles about some issues, to the point where I read the small print on the Jessops website about returns, but I’m a convert and won’t be letting it go anywhere (other than to Kenya in May!).

I can’t compare it to the Fujifilm XT-1, as I haven’t used one and I dare say they are probably pretty close from what I’ve read. But what finally persuaded me was that the A7 has a full frame sensor and I could see myself using it as a back up or even a replacement for my Canon 5D mk II. In any event, it’s now my go to camera for all my personal stuff, holidays, family events, where image quality is still really important to me, but I can’t be bothered to use heavy gear.

I’m slightly disappointed in the very keen Jessops sales guys who used the very persuasive argument that I could use all my existing lenses on the A7, if I bought a lens mount. Wow! My Canon 50mm f/1.4 would work on this? Cool! No, not cool. Not when all reviews, even the mount manufacturer’s state that it will be slow to autofocus and we’re talking 1-2 seconds. Apparently it will work fine in manual focus mode but I’m not happy with that. I’ve decided to buy one of the cheaper mounts so that I can use my other lenses for still life or product photography, but this was the issue that almost had me taking the camera back to Jessops. It’s the only serious negative point I’ve got and it’s more about misleading sales patter than the camera itself.

Luckily the camera has won me over in lots of other ways. Its performance at high ISOs is astounding. I took this shot by the light of one dim lamp and a real fire at ISO 10000. Ok so the background is noisy but the subject looks fantastic. Initially it’s a bit disconcerting to have the image you have just taken displayed through the viewfinder (you can switch it off), but it disappears when you half press the shutter and I quickly got used to it.

It’s exceptionally easy to change the ISO, simply by rolling a dial with your thumb as you look through the viewfinder. Shooting in manual, I’ve been setting the aperture and shutter speed and then just adjusting the ISO to get the exposure right. I much prefer this to the Canon 5D, where I have to take the Canon away from my eye to adjust the ISO. 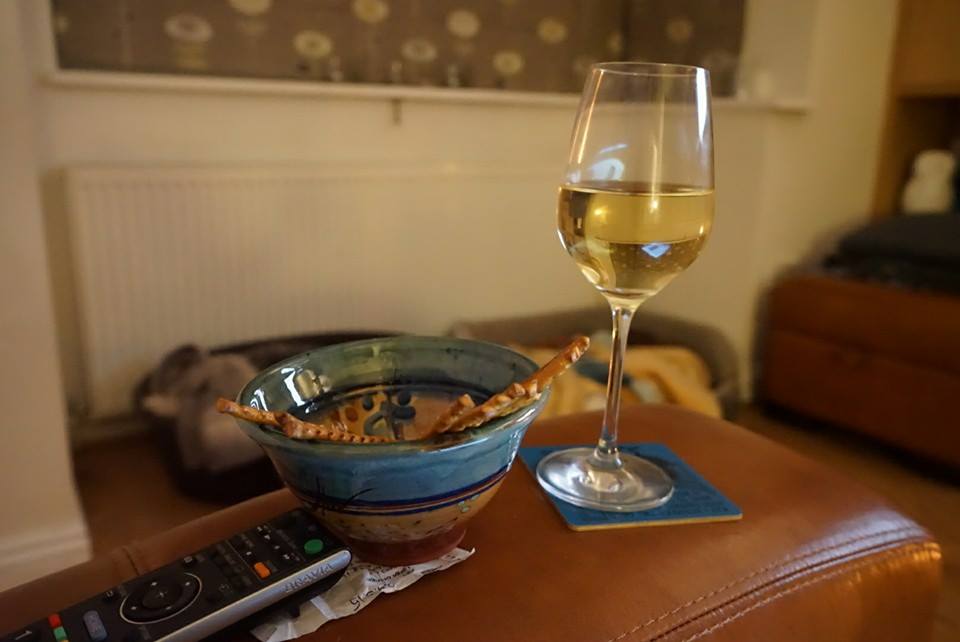 The camera is light but solid and has a real quality feel about it. I love that the lenses have a matt black finish and very little writing on them – just adds to the aesthetics. The electronic viewfinder is awesome – very bright and clear. After a very short period you forget that it’s not a normal viewfinder.

What else do I love about it? I’ve never had a camera with WiFi capability before so I’ve enjoyed playing with that and managed to set it up without swearing or asking for help (bonus!). The main menus are easy to navigate and the Function button quickly displays the key settings you need easy access to.

Manual focusing is also rather cool, with a feature called focus peaking. I get coloured highlights confirming which area is in focus. The wine glass shot was done using this.

I’ve used its continuous focus mode to photograph our very fast moving dogs playing fetch and it’s a doddle. I do need a faster lens with a better zoom (it came with a 28-70mm f/3.5-5.6) to get pin sharp images, but they’re pretty good. 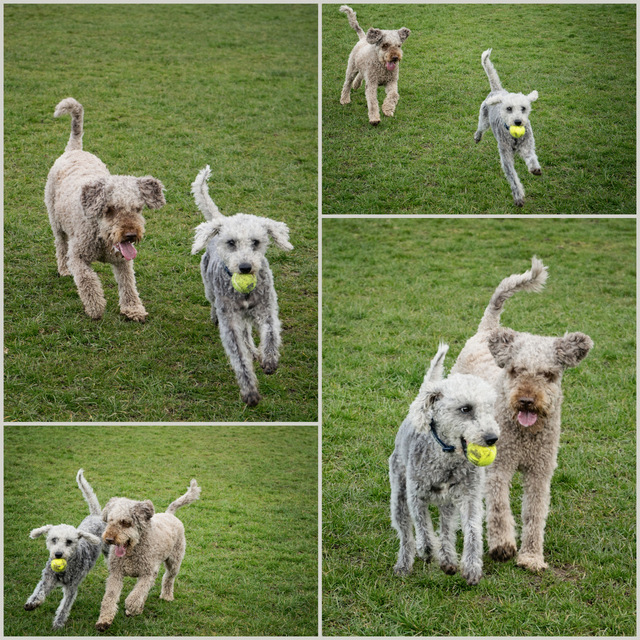 I’ve used it on a professional portrait shoot but only for a short while as I really want some better lenses to use with it, before I commit fully. 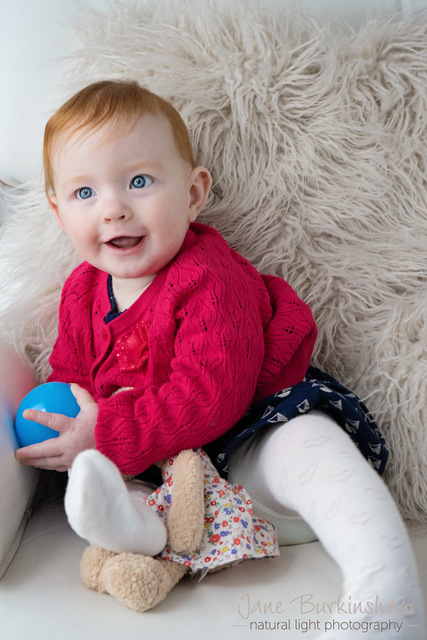 There’s a very nice Sony 55mm f/1.8 Carl Zeiss lens that I will be getting when I’ve saved my pennies and I’d love to try the 70-200mm f/4. In the meantime, I’m getting a cheap lens mount, a flash gun and a neoprene case to protect it in Kenya. Sony has just announced a new line up of lenses and every time I read about this camera, it’s all good. When I’ve had more chance to play with it I’ll post again.

Just as an aside, although I’ve looked at the manual I bought a separate book to help me get used to the camera. I’ve done this before and I’d highly recommend it. Manuals are so dry and have no pictures! This book by Brian Smith has been far more useful than the manual and has made for interesting reading. 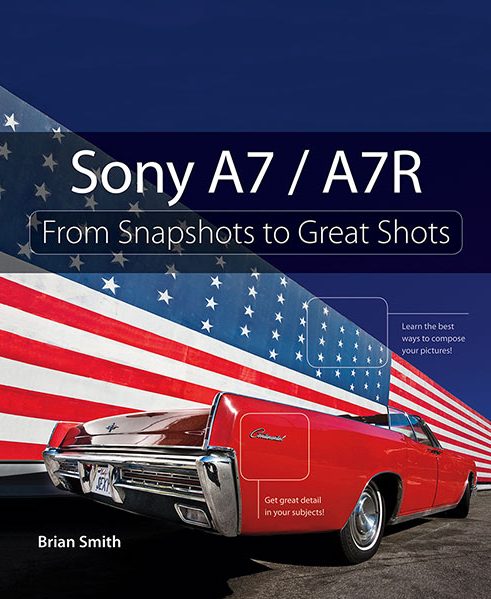 Do I need a tripod?
Camera set up checklist